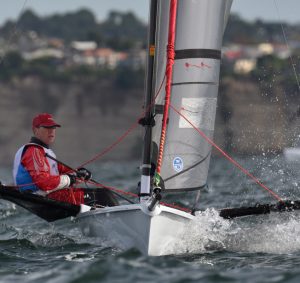 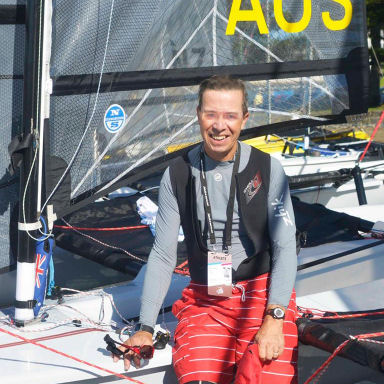 Founder of Wētā Sydney, Paul White, has been a lifelong sailor – initially in the UK where he raced a variety of dinghies, keelboats and sportsboats before moving to Australian in 2007,  where he raced regularly on Sydney Harbour in sportsboats and yachts large and small.

But he lives in an apartment overlooking Sydney Harbour, and there are some days when it looks really inviting for sailing but he realised that in order to take advantage of such opportunities, he’d need to have his own boat.

He decided large boats involved too much expense, difficulty finding crew and few thrills, and the dinghies he’d seen were either dull old designs or involved far too much discomfort and swimming. Then he saw this video of the Wētā in the Double Dammed race and thought, that’s what I need, “a skiff with stabilisers”!

And so he acquired his first Wētā in 2013 which he campaigned in Sydney and the surrounding area as well as taking in some road trips up and down the coast, launching the boat wherever wind and a suitable launch site was available  – sailing with dolphins and whales. Paul’s background in website development and international marketing led to his involvement in promoting the Wētā Class across Australia and in developing the Australian Wētā website, the Wētā Wiki, Wētā Forums and Facebook page .

In 2016 he learnt that the former NSW Wētā dealer, Glenn Marney in Nowra, had to give it up due to a back injury sustained at work, and so he offered to take it on the dealership for Wētā Marine. In 2017 he acquired a new boat to take part in the World Masters Games in Auckland, New Zealand and he also organised a container of Wētās from Sydney to take part in the event  – the largest Wētā fleet ever assembled with over 50 boats sailed in single and two-handed classes. Australians won three Gold, one Silver and two Bronze medals in various categories. 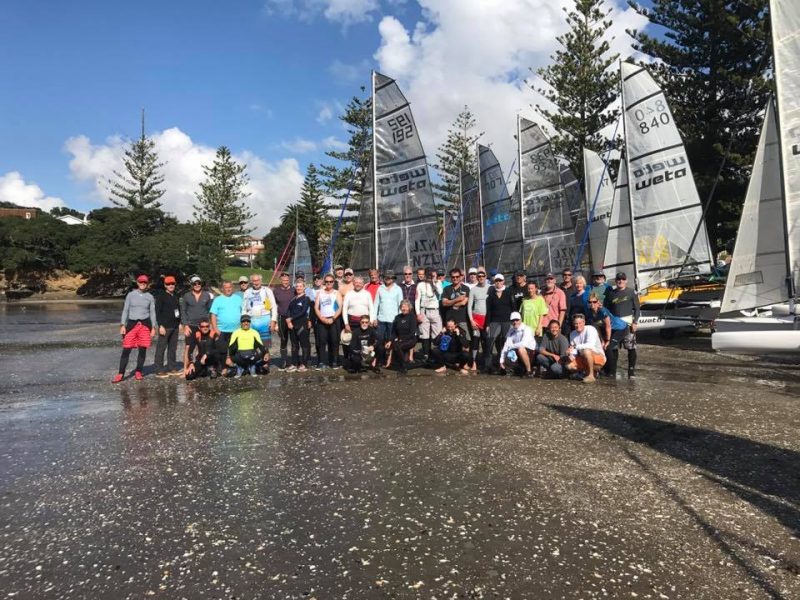 Wētā Sydney holds a stock of new Wētās and spares and can also help with buying and selling used boats.